skip to main | skip to sidebar

Steps to the Endowment.

This post is intended to be an informative repository regarding casts used in the Endowment drama, and changes made to the ceremony.  Please feel free to submit any corrections and additional information, and I will incorporate them into the body of this article.

On May 3, 1842, Joseph Smith prepared the second floor of his Red Brick Store, in Nauvoo, Illinois, to represent “the interior of a temple as circumstances would permit.” The next day, May 4, he introduced the Nauvoo endowment ceremony to nine associates: Associate President and Patriarch to the Church Hyrum Smith (Smith's brother); first counselor in the First Presidency, William Law; three of the Twelve Apostles, Brigham Young, Heber C. Kimball and Willard Richards; Nauvoo stake president, William Marks; two bishops, Newel K. Whitney and George Miller; and a close friend, Judge James Adams of Springfield, Illinois.

Throughout 1843 and 1844, Smith continued to initiate other men, as well as women, into the endowment ceremony. By the time of his death on June 27, 1844, more than 50 persons had been admitted into the Anointed Quorum, the name by which this group called themselves.

This version of the Endowment was able to be conferred by a single officiator (in this case, Joseph Smith, Jr.), although Joseph stated: “Brother Brigham, this is not arranged perfectly; however we have done the best we could under the circumstances in which we are placed. I wish you to take this matter in hand: organize and systematize all these ceremonies.”

Dec 11, 1845 - The following persons officiating: Orson Hyde as Eloheem, Orson Spencer as Jehovah, George A. Smith as Michael and Wm. W. Phelps as the Serpent.

Used in the St. George Temple and in the Salt Lake City Endowment House.  Since this was performed live, there wasn't a fixed cast, but here is one recorded example of the cast list:

(Note, Jesus does not appear as an active character in any of the more recent forms of the drama, only being mentioned in passing.  After a popular book was published in 1914, some Latter-day Saints began to conflate the identity of Jehovah with that of his grandson, Jesus.  David O. McKay, as President of the church, commented on his confusion and surprise in this theological matter.  Later, a hand gesture added to the film in 1990 attempts to enforce this theological recasting of Jehovah into Jesus, and finally, on January 1, 2000, this theological perversion became official doctrine as it was signed by all fifteen apostles, turning Jesus into Michael's Father as well as his Son.)

1893 - Minor Changes Made for Uniformity

In 1904 the Endowment came under scrutiny during the Reed Smoot Hearing and Senate Investigation.

There were changes made to the Initiatory in 2005 but they did not affect the presentation of the Endowment itself.

I have been frustrated by the standard Hebrew "cursive" handwriting.  Here's an example I found on the web:

So, I realize it's not my place at all to redesign an alphabet in long-standing use, especially since I'm not Jewish.  But, I can't write in it without feeling like it has nonsensical elements to it.  So, I came up with my own, which brings it just a little closer to the Hebrew square alphabet in some ways...  It doesn't change every letter, just a few.  I apologize that my letters aren't wrapped on the same lines as theirs, and that I don't show the dagesh or rafe forms of variants: 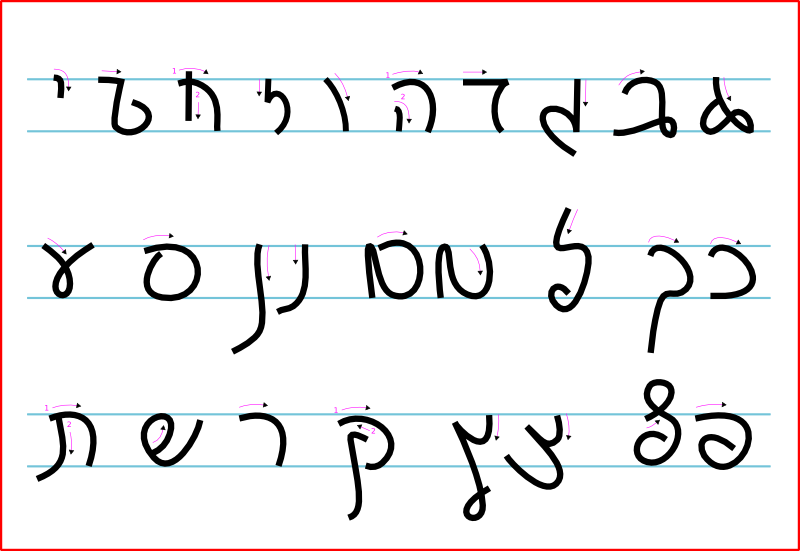 Title Page and Copyright Page - Notes to Self.

I do some book publishing as a hobby.

These are just notes I've made on how I do Title Pages and Copyright Pages.  I'm not saying they're the way everyone does them, but I need to be consistent in my own works.

(ordinal) Edition: 10 9 8 7 6 5 4 3 2 1 D (with as many knocked off from the right as needed to indicate the current printing of this edition, D means draft and should be knocked off once the item is for sale commercially.)

I feel as though in the last 48 hours, my old faith has been resurrected from the dead... albeit, in a new form, and made of a different, purer substance than before.

The Mormonism that was left in my system has fermented over the last few years, and now it is bursting forth in a transformed way.

Am I a Mormon?  I was asked that today.  I answered that Mormonism is no longer a religion to me.  It is a philosophical system.  Today, there are those called Mormons, who are members of the Church headquartered in Salt Lake, but those are roughly divided into three types of people.

The 99...  These are just Protestant Christians, with minor adjustments.

The 1... These are Mormons in the historic sense.  They understand what Brigham Young and Joseph Smith were teaching.  They have faith in it or struggle in an endeavor to have faith in it.  They try sincerely to make it work as a system of theology.  But, they are naive.

Me... I understand what Joseph and Brigham were teaching and I embrace their philosophy, but I also understand what they were doing - or seek to do so.  The grand scheme...  Man on his journey through the eternities, worlds having come and gone before, gods and goddesses, exaltation after exaltation, becoming a Holy Ghost, becoming a Savior, becoming a God/Adam and populating your own world... This is all beautiful but it is not a literal theology, it is beautiful science fiction with deep lessons to it. Perhaps it is illustrative of all theologies.  I do not believe it in the literal sense.   But I prescribe to it now...  I embrace it for the beautiful thing it is.  I want to find more beauty, and to create more beauty.

My new motto, I jestingly toast, "to wives and wisdom!"

There are very few True Mormons in the world.  True Mormons do not believe.  They don't need to.  They know.  They know that it isn't literal.  They know that the Church isn't True.  Not the current Church in any remote sense, for they've thrown away the seeds of the philosophy and clung onto a modified mythology which they attempt to embrace as though it is a faith system like others.

Mormonism teaches us that we are Gods and Goddesses.  We get to be creators, but that doesn't mean populating a new world in the literal sense.  It means we are creators of universes worth of ideas and accomplishments, it means that we can make eternal changes in the course of the future, and that we can attain exaltation of eternal lives in thought and in deed.

Let us return and report our labors of the sixty-two thousand six hundred and fifty fourth day.

Table of the Voice of Angels

The table of the voice of angels.

The third row:  All are as the sound of wind, with no voice.

The fifth row: V as in Crave, Taj, Gh like Kh but vibrating, Z as in Praise, Dth as in Lathe.

Jeff
I am always changing.